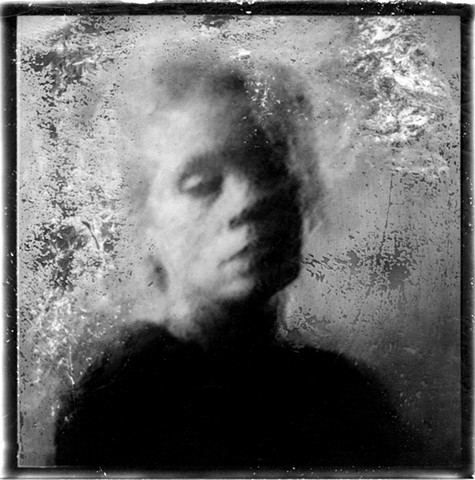 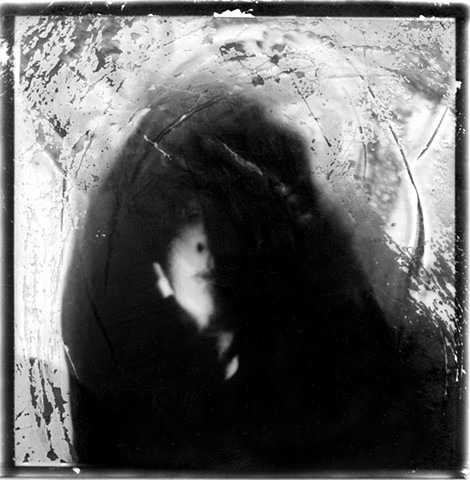 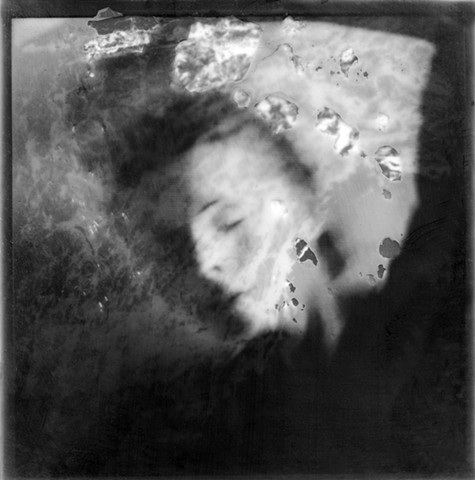 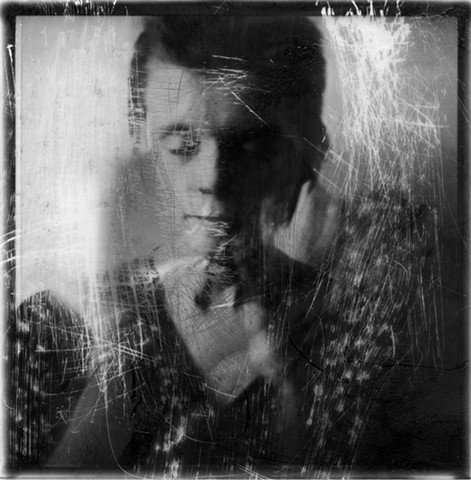 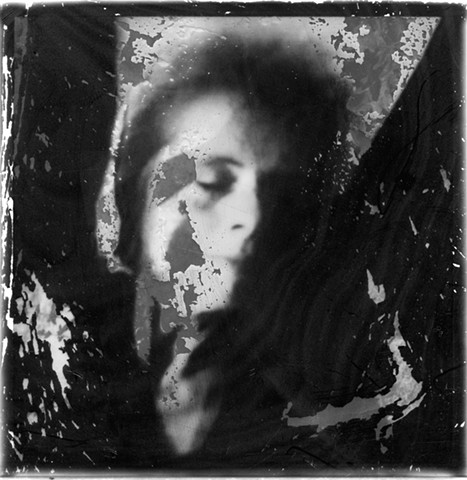 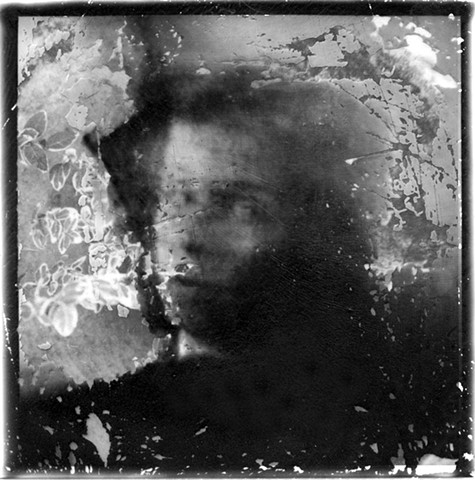 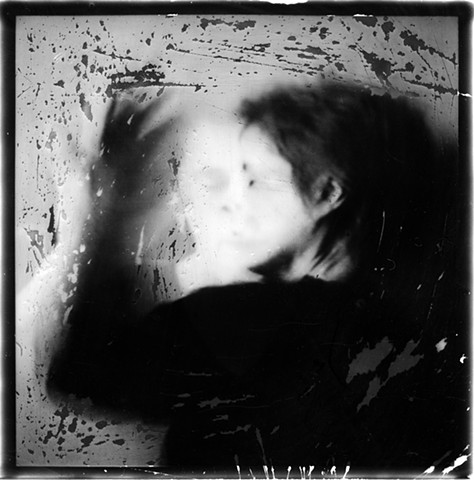 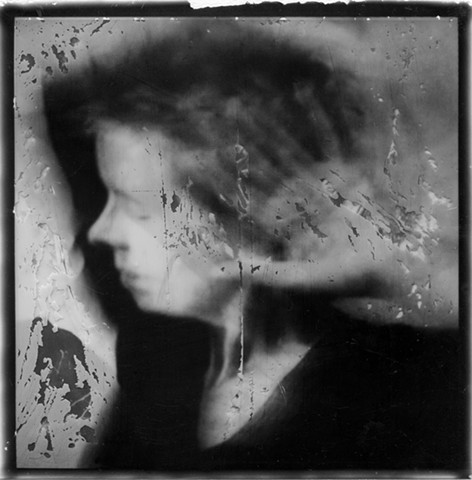 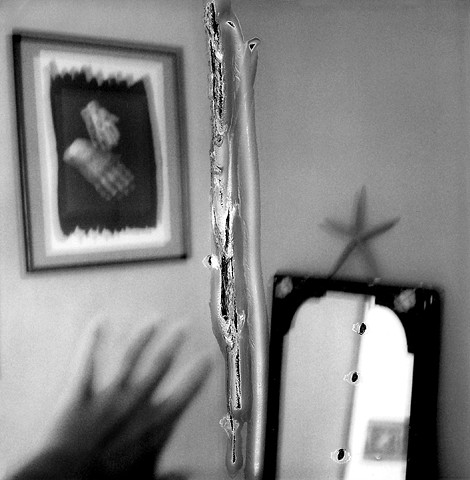 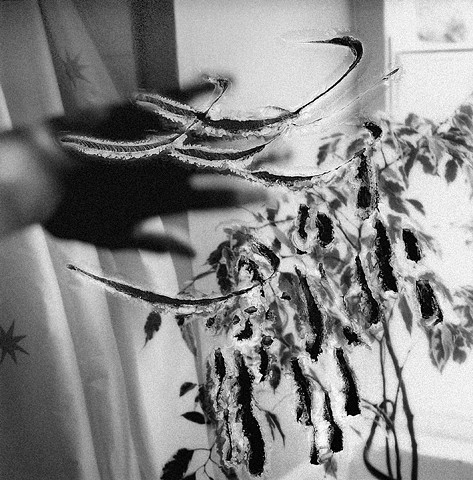 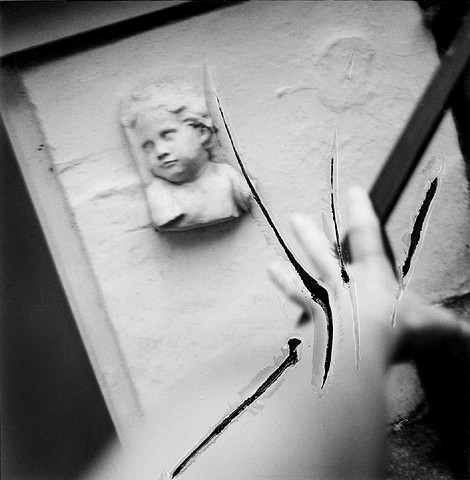 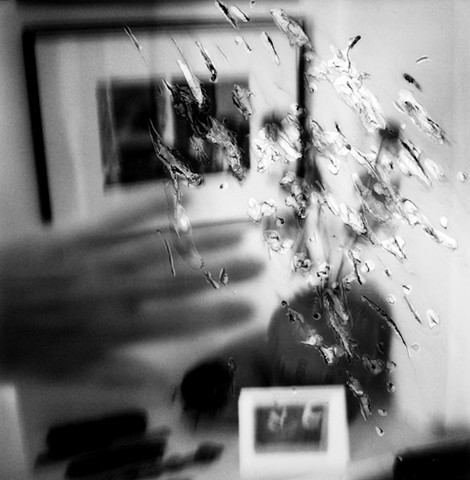 These images are part of a body of work made in the house I occupied, that sought to examine the boundaries of a kinaesthetic sense of presence within a lived domestic environment. This was an exploration of how self-as-other with its emotional and physical memories and desire for expression and relationship, interacts with a domestic space that contains its own associative memory and affective influences.

Using experiential movement and dance I wanted to investigate a sense of wearing the space around me as if it were a form of covering, to explore the erosion that takes place between a dweller and its home and set myself the following enquiry to consider -

How do we inhabit our bodies and experience our domestic environments? What imagery might begin to express this proprioceptive sense?

I used a video camera initially to act as witness in this work, then a polaroid camera. I also explored gestural mark making within the photographic images using SX-70 polaroid film (which allowed some surface manipulation) to make stills from the moving imagery, as well as stripping open the polaroids and sometimes contacting them together. The images titled Echoes, hold these impressions of overlay – layerings of life – and are suggestive of fluid temporal moments of presence and absence, transitional states moving from or into.