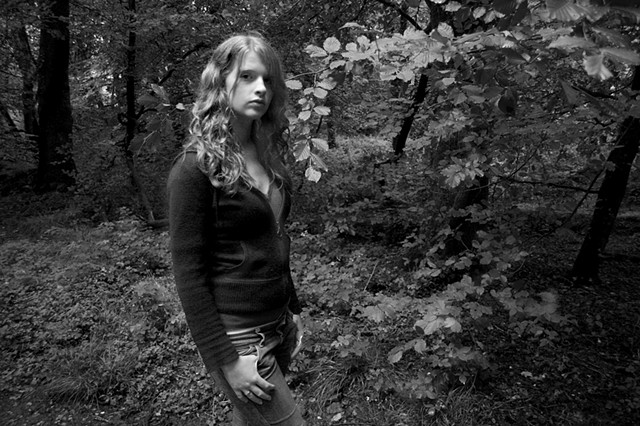 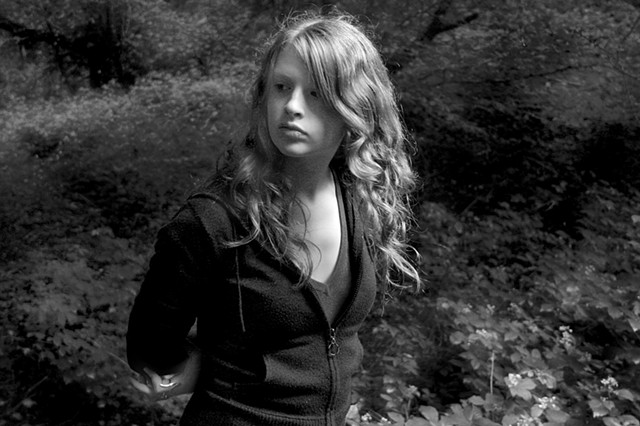 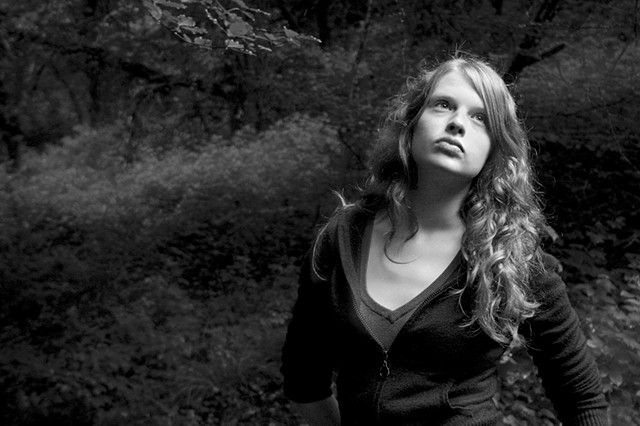 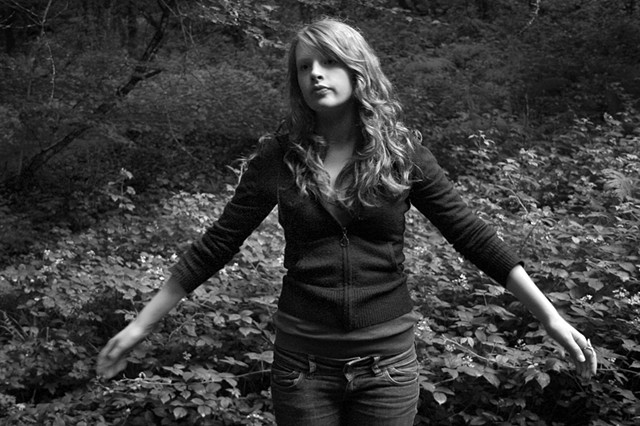 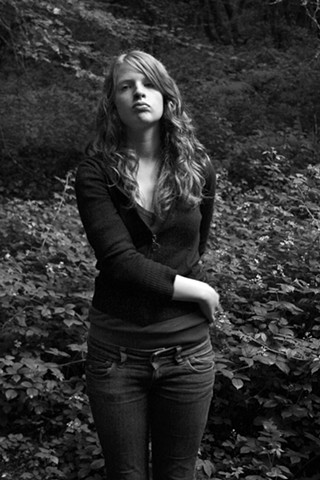 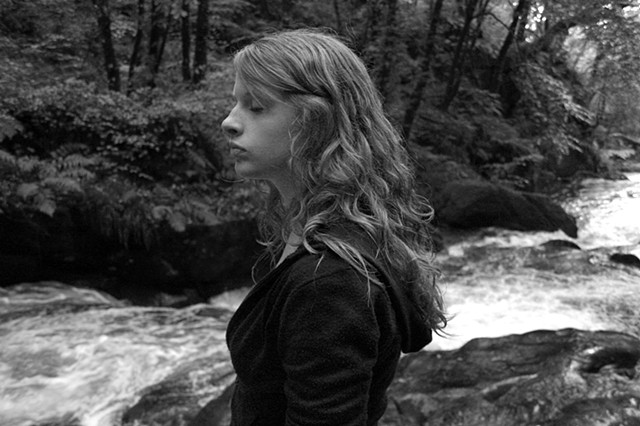 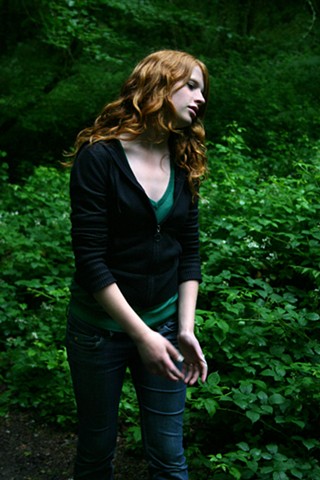 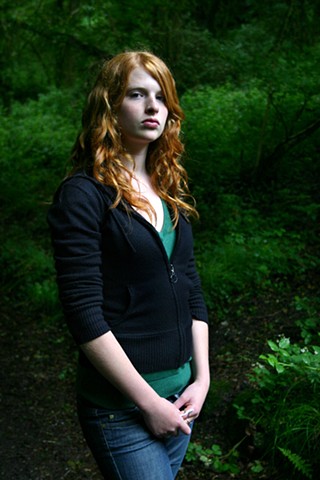 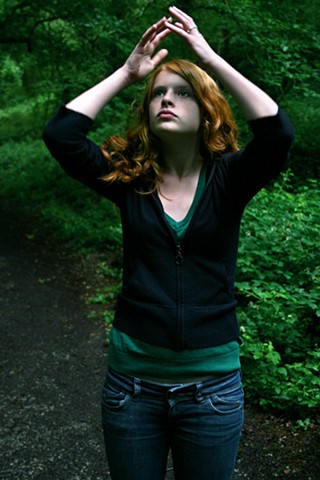 ‘Lineage’ was a Newlyn Society of Artists' exhibition in which artists were invited to respond to various pieces of artwork at the Penlee Museum in Penzance. I chose ‘Girl on a Cliff’ 1926 by Harold Harvey to consider images of a teenager in the landscape.

I developed a series of photographic images of my daughter Alice (similar age to the model in the painting) in different landscape locations - a garden, by the sea, on rocks, beside a river, in woodland, in rolling countryside, etc. I was interested in what happened to the figure in response to the landscape into which she had accompanied me.

For the exhibition I chose three images from one particular location to form a triptych, utlising colour as an important aspect of the image because of the way that it referred back to the Pre-Raphaelite artists who were influential to Harvey.